Tell CNN the Difference between a Carton and a Cartoon 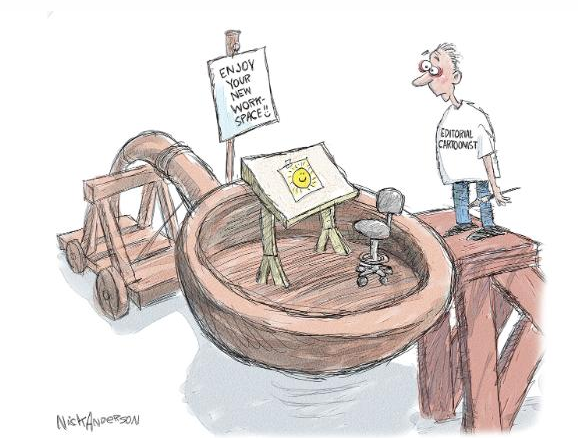 In its latest online article about the firing of Rob Rogers, CNN writes that there were “19 cartons killed…” when they should have written “19 cartoons killed”

“There were 19 cartons killed in that span — six in a single week. Rob went public on Facebook that week after the fourth one — an image of someone in a Klan outfit asking a doctor, in a reference to Roseanne Barr’s attempt to explain her racist tweets, “Could it be the Ambien?” — was killed.”
Read the whole story, including the typo.